It was a busy week with all age groups competing in the various football championship stages. The U16s were out on Monday last against Holycross-Ballychaill in the 3rd round robin match. A tight enough encounter with both sides evenly matched, but it ended with our side having a 3 point deficit. There is one more fixture to be played in this group against JK Brackens at a date to be advised.

Both U12 teams were involved in knockout encounters during the week. Group 3 played Thurles Gaels on Tuesday and had a good victory to earn their place in the Mid Football Final. The group 5 team were out on Wednesday against Drom-Inch in the first of a double header in the Ragg. A very close and exciting game from start to finish every player gave 100% throughout and were rewarded with a place in the Mid Football Final.

The u14s met Drom-Inch in the B2 semi final on Wednesday evening, after a slow start in the first half the pace was picked up and had a more improved performance in the second half, however it was not sufficient to book a place in the final of the B2 division.

In non-competitive games the U8s took part in a football blitz in Dr Morris Park where they played 3 matches and had great enjoyment despite the bitingly cold morning. Our thanks to Tipperary Coaching & Games Development for organising these great days out.

On Saturday last the Mid final of the Feile & Peil Skills Test took place, Ger Kirby, Eoin O’Connell, Colm Gleeson & Tomas Larkin represented the Club. Congratulations to Colm and Tómas coming first and second place in the Peil competition. They went on to represent Club and Mid division in the County final on Sunday. 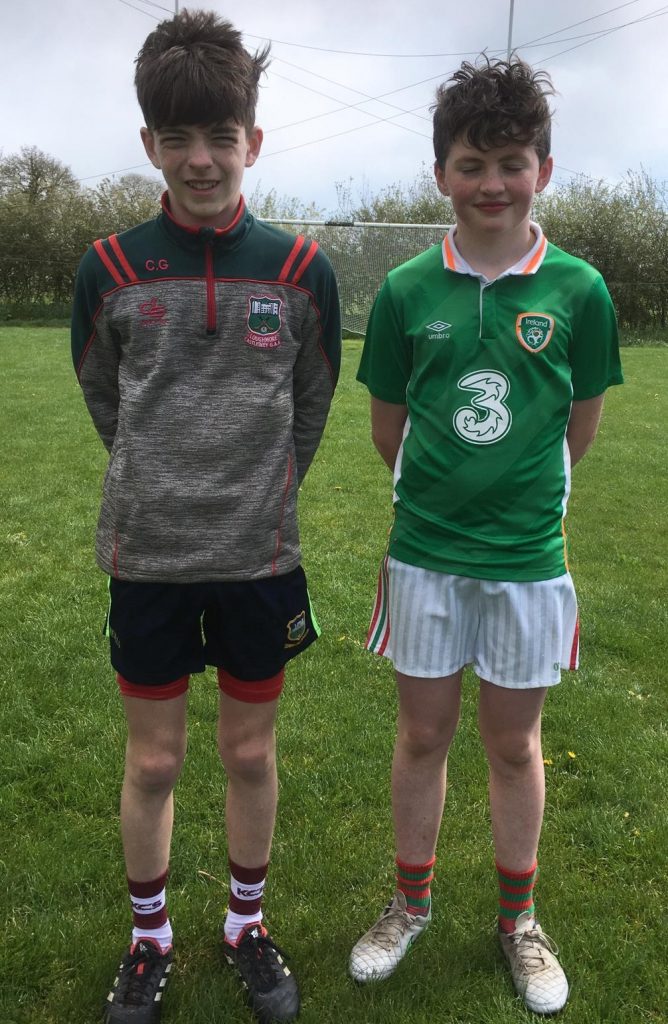 U12 Group 3 vs JK Brackens
11am in Templetuohy

Please come along and support if you can it is a great achievement to have both teams in the finals and we wish them the very best of luck and enjoyment on the day.