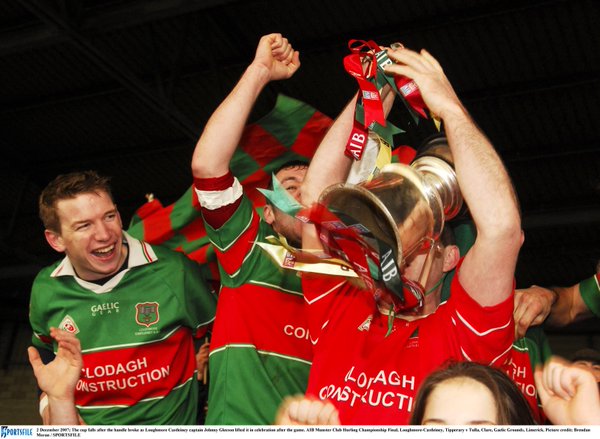 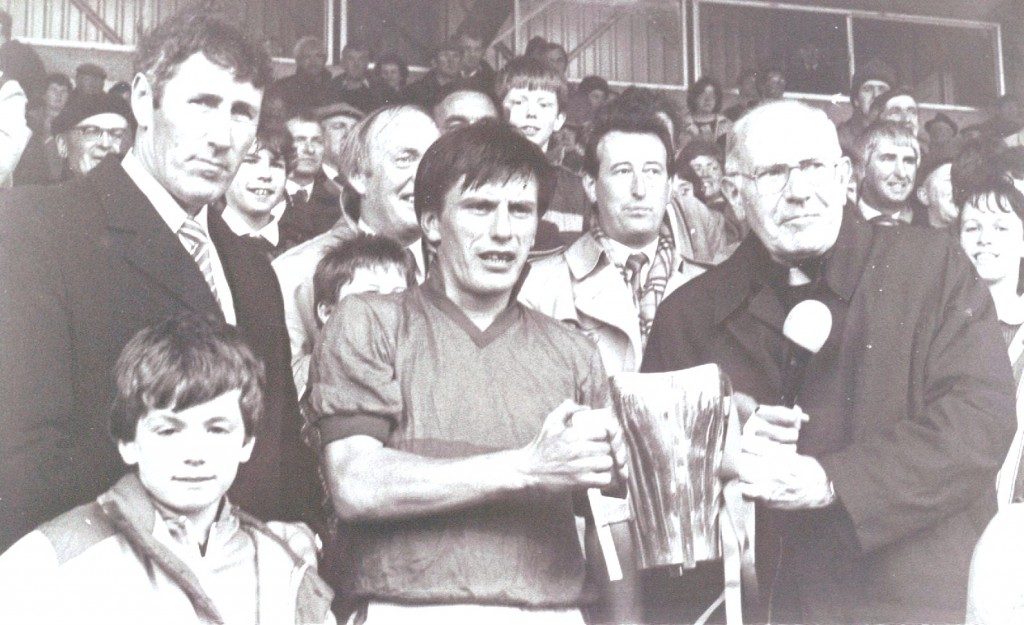 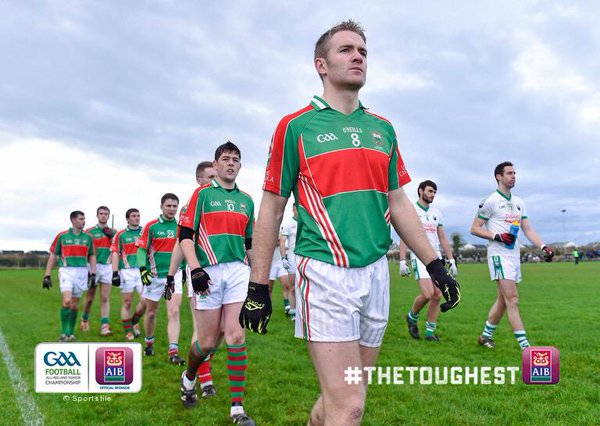 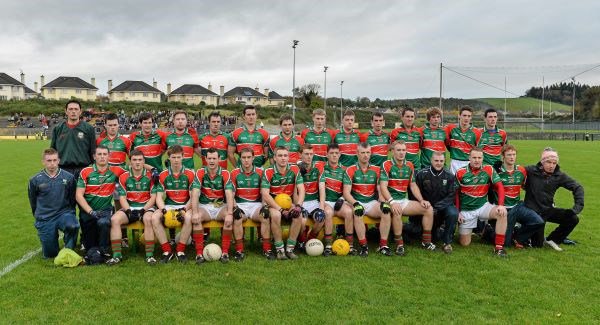 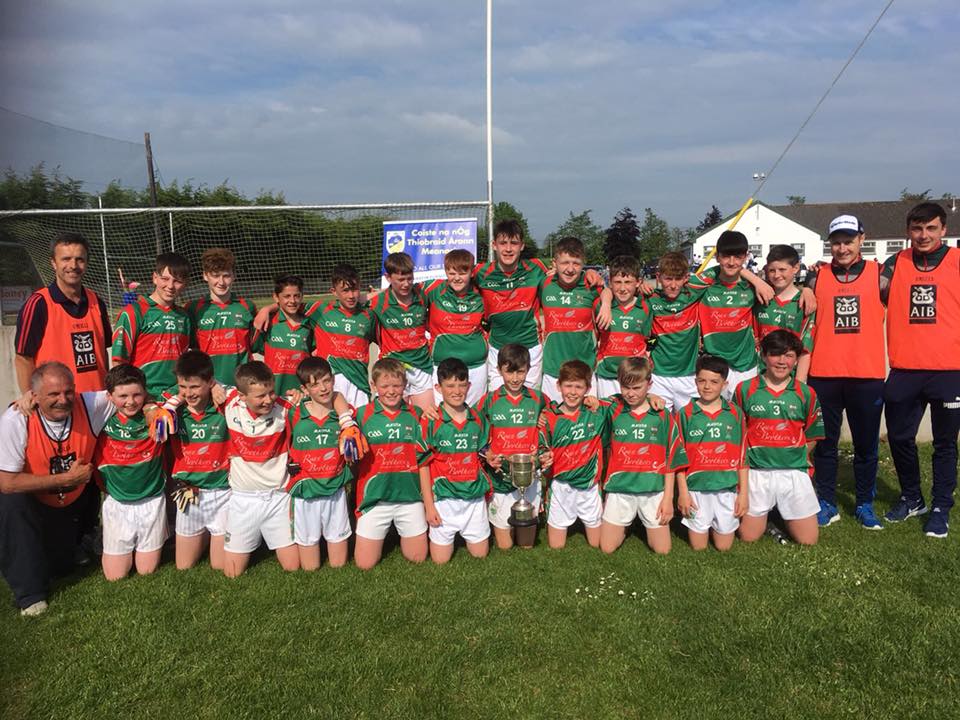 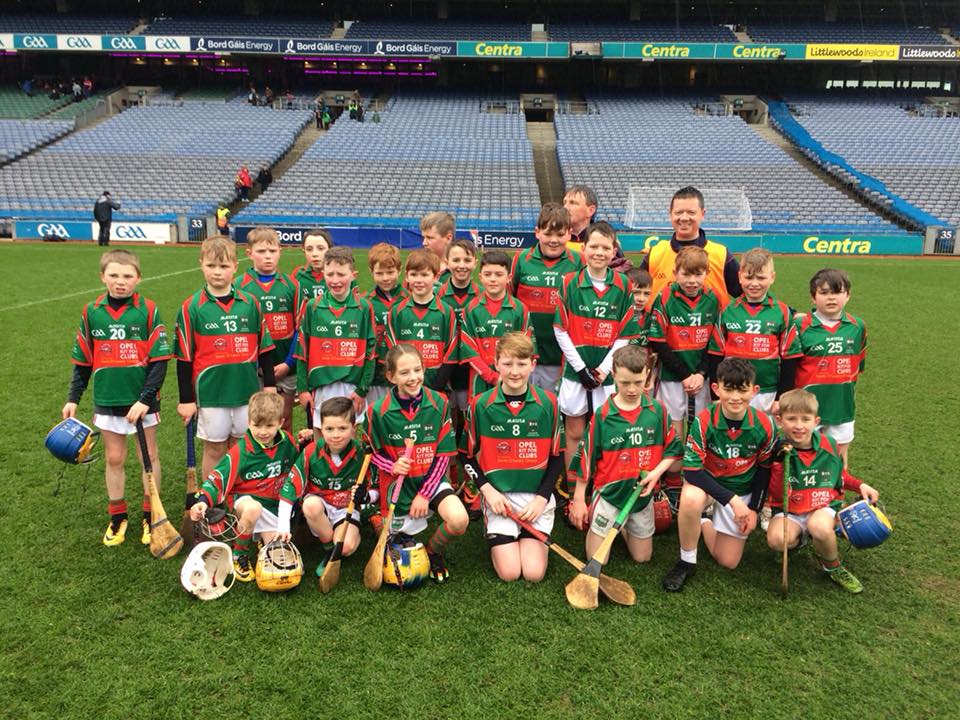 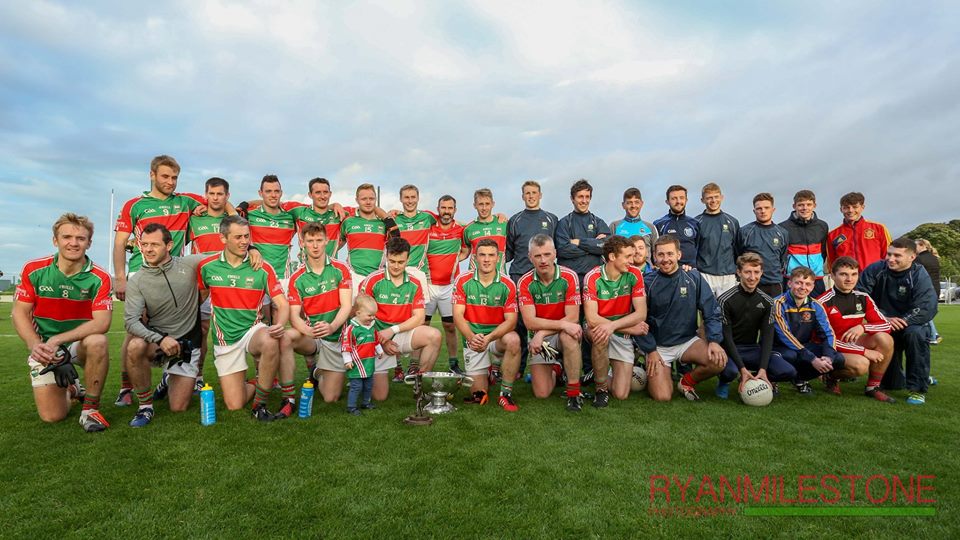 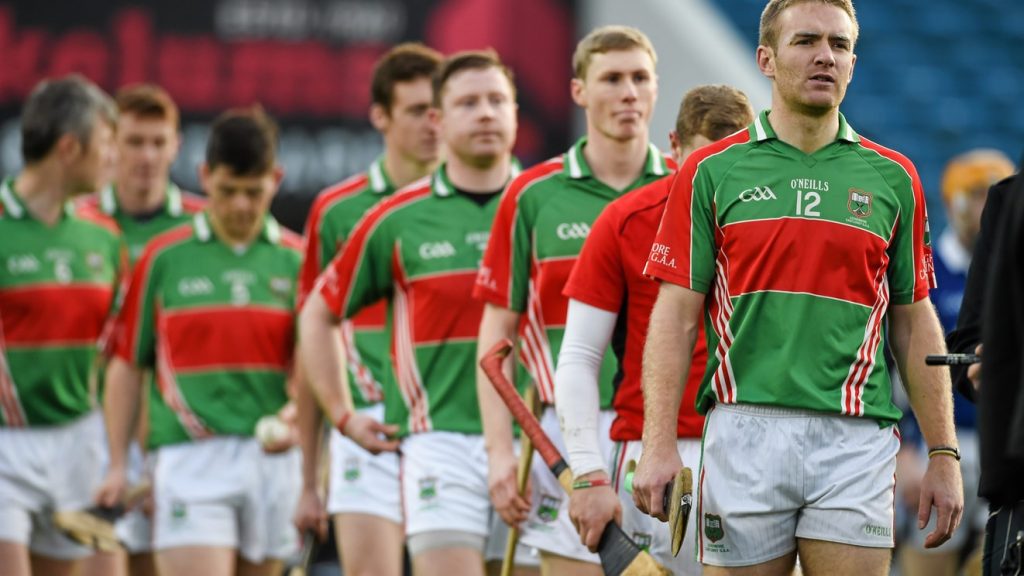 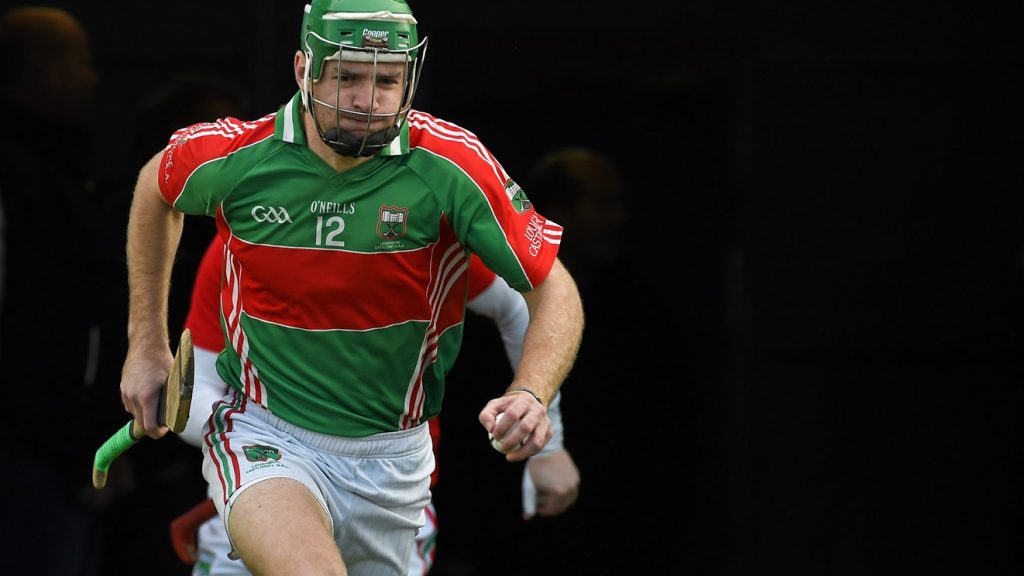 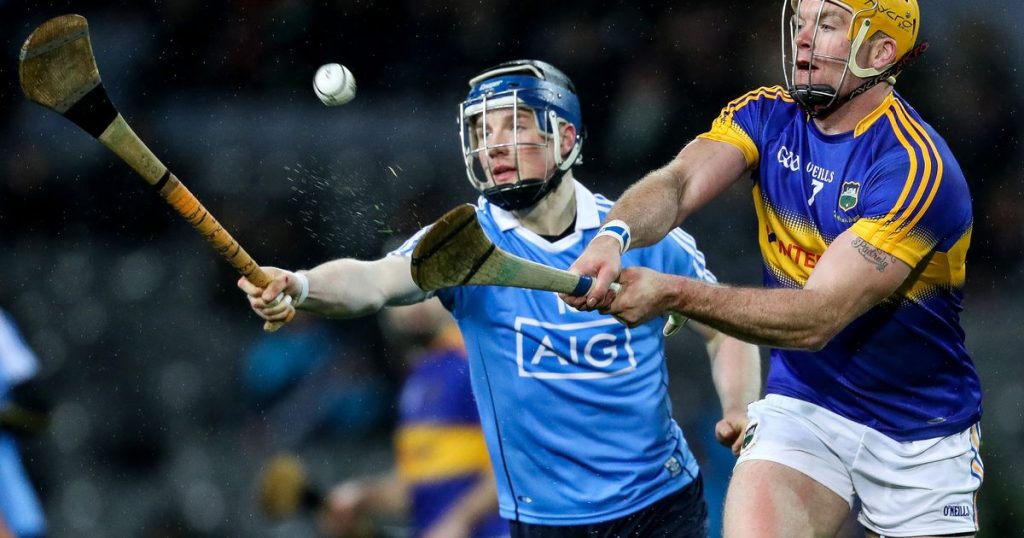 Loughmore-Castleiney made history at Semple Stadium yesterday when recording a comfortable 10-point win over Aherlow Gaels to become the first club in Tipperary to complete a county senior double. Loughmore-Castleiney had earlier won the hurling crown by defeating Éire Óg, Nenagh, and their ability to create goal chances and take them, was the difference between the sides as the champions claimed the trophy for the 13th time and first since 2004.

Former All-Ireland winning minor star John McGrath was the key man for the champions. He scored 1-9, his goal from a 50-metre second-half free putting paid to the Aherlow challenge. Aherlow had battled well in a competitive first half. Loughmore led at the interval 1-4 to 0-5 thanks to a well-taken goal by Tom King in the seventh minute when he linked up with Evan Sweeney and John McGrath before finishing with aplomb. After Aidan McGrath had extended Loughmore’s lead with a point in the 32nd minute, John McGrath struck a major blow for them three minutes later as his free from 50m went all the way to the Aherlow net to give his side a two-goal lead. John McGrath quickly added three points, and when Laurence Coskeran missed a great chance for Aherlow in the 45th minute, the game looked beyond Aherlow’s reach.

Evan Sweeney clinched the title for Loughmore-Castleiney in the 50th minute when, after good work by Cian Hennessy and John McGrath, he slotted home goal number three. Aherlow finished strongly with four points to Loughmore’s one, but they never threatened to overtake their rivals who were the most comfortable of winners at the end. While John McGrath’s scores were the key factor in Loughmore-Castleiney’s win, he also contributed handsomely through his work about the field. John Meagher was a towering figure at fullback, with Ciaran McGrath, Tom King, Evan Sweeney, and Noel McGrath also to the fore. Aherlow Gaels fadeout in the second half was a disappointment to their followers in the 1,746 attendance, as they sought to add to the titles won in 2006 and 2010. Dangerman Barry Grogan saw little of the ball but Seamus Grogan, Thomas Fahey, Thomas Hanley, Bernard O’Brien, Ed O’Meara, and Mark Hanley, all worked very hard to turn the tide.

Three other county championships were decided at the weekend. Moycarkey-Borris defeated Knockavilla Kickhams in the junior A hurling final 2-15 to 2-13; Drom-Inch won the junior A football crown beating Shannon Rovers, while Clonmel Commercials won the minor A football defeating Drom-Inch.